Ringel, 40, is the second Executive Director in the history of NLYMCA, taking over for Escanaba’s Gary Nash who is retiring in early October after more than three decades of service leading the association.

“I am humbled and thrilled to have been selected Executive Director,” Ringel said. “Those who know me, know just how passionate I am about the YMCA, our Mission and core values. This position is a dream come true for me. I am grateful to all who have helped me develop professionally and especially thankful to our dedicated Board of Directors for their vote of confidence in my ability to lead our association into the future.”

Ringel has been with Northern Lights YMCA for seven years and helped oversee the Dickinson Center from its near infancy to its current state as a community beacon for health and wellness. Under Ringel’s leadership, the Dickinson Center has experienced tremendous growth and success, with a membership of almost 3,000 people and a lengthy list of collaborations and partnerships that have helped the center continually increase its programming and community impact.

In addition to spearheading a successful annual campaign each year that supports opportunity for all in the community, Ringel was instrumental in the 2018 Capital Campaign which saw the center raise more than $4,000,000 in donations to rebuild the pool and further renovate the aging Crystal Lake Community Center.

“After a nationwide search with several qualified applicants, we felt an internal candidate best met the needs of our Y,” NLYMCA board president Scott Herioux said. “Jonathan is a champion of the YMCA mission. He is well qualified to lead our association and serve our community.

“We will forever be indebted to Gary Nash for his leadership and dedication in nurturing and building this association into what it is today. Those shoes are near impossible to fill. But as the torch passes, our Board is extremely excited to work with Jonathan to ensure the Y’s impact on our communities continues to expand in the years to come.”

Ringel moved to Iron Mountain to serve as the City of Iron Mountain’s Main Street/Downtown Development Authority Manager in 2009, where he oversaw the completion of a major streetscape renovation and the receipt of several key economic development grants.  Prior to moving to Iron Mountain, Jonathan served as the Steuben County Planning Director in Indiana for several years, overseeing a major revision of the Subdivision Control Ordinance and County Master Plan.

Since arriving in Iron Mountain, Ringel has also been a leader in the Dickinson and Iron county communities, volunteering with local non-profits including; Dickinson County Community Theater, Kiwanis, Imagination Factory Children’s Museum and church. He has also helped with the outreach efforts of Great Start collaborative.

Ringel and his wife, Shelly, and children, Josiah and Eva will continue to reside in Iron Mountain, as the Executive Director position will now be based out of the Dickinson Center.

IRON MOUNTAIN – Northern Lights YMCA youth swim team hosted its first meet at the new pool at the Dickinson Center Saturday. The Polar Plunge pitted NLYMCA swimmers against teams from both the Marquette and Marinette/Menominee YMCAs. “The first meet in our new pool was a huge success,” NLYMCA head coach Tanner Walsh said. “Our…

IRON MOUNTAIN – The Northern Lights YMCA Dickinson Center kicked off its 2020 Annual Campaign Thursday evening at Pine Grove Country Club. The YMCA Annual Campaign raises money so that all in the Dickinson County and surrounding communities can have access to YMCA membership, programs and resources that support youth development, healthy living and social responsibility.… 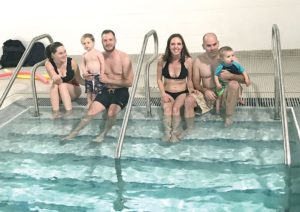 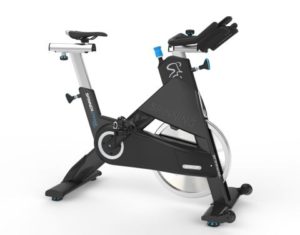 The remodeling of the fitness center is complete. And now, thanks in part to a generous donation, the Dickinson Program Center will be getting 16 brand new bikes… View September 2019 Newsletter (PDF) 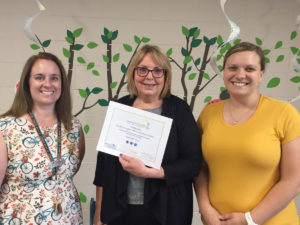 IRON MOUNTAIN – Systems Control Little Sparks Child Care Center at the Northern Lights YMCA has earned a three-star rating from Great Start to Quality, in what was the state agency’s first-ever review of the new facility. Great Start to Quality measures the quality of early childhood programs and providers in Michigan by using… 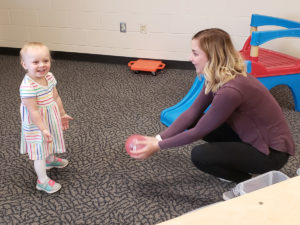 IRON MOUNTAIN – The dream of providing an affordable, high-quality child care for the Dickinson County community finally became a reality, as the Northern Lights YMCA opened the Systems Control Little Sparks Child Care Center this week. “Adding full-time child care to the YMCA just made sense for us and for the community,” Northern Lights YMCA…

PRE-REGISTRATION DATE SET FOR CHILD CARE AT THE YMCA

IRON MOUNTAIN – The Systems Control Little Sparks Child Care Center is nearly complete, and Northern Lights YMCA officials will be holding a pre-registration event on Wednesday, April 10, from 6-8 p.m. at the YMCA. “We’re just about ready to go, and we are very excited to offer full-time child care services to the community,”… 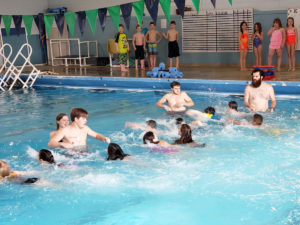 IRON MOUNTAIN – Northern Lights YMCA Dickinson Center’s annual third grade swim program is underway, with nearly 300 children expected to participate throughout the month. The program, in its fourth year, is offered free to all third grade students in the area and is fully funded for the next several years thanks to support from… 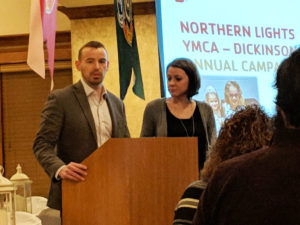